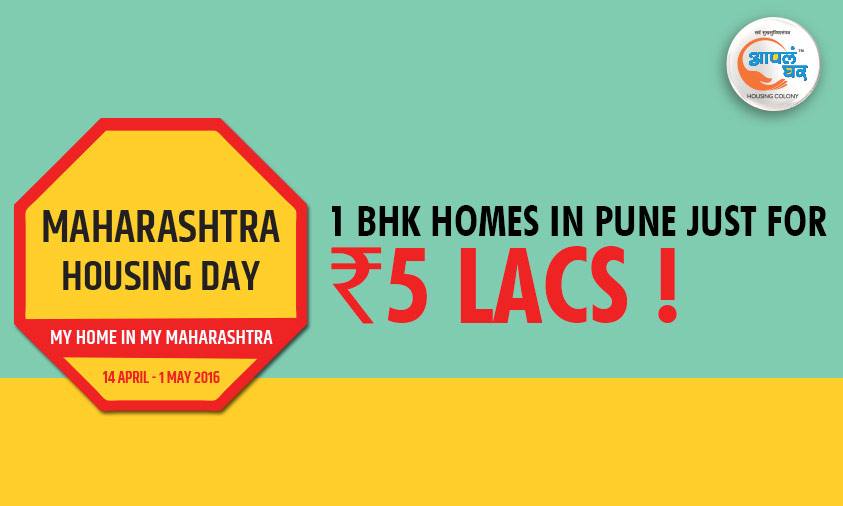 Mumbai/Pune– The Pradhan Mantri Awas Yojana (PMAY) and the Maharashtra government on Monday ordered a probe into a cheap housing scheme floated by a Pune developer promising a one-bedroom-hall kitchen flat for just Rs.500,000.

The Maple Group has invited applications from the general public offering 10,000 cheap flats to those eligible under PMAY and for Rs.750,000 to those who are out of its purview.

An embarrassed Bapat distanced himself from the ads and clarified that he has never heard or met the builder nor was he associated with the project in any manner.

On his part, state Housing Minister Prakash Mehta said the Maple Group’s project “was not connected in any manner with the central or state governments” and ordered a probe.

Among other things, the Maple Group sought applications with Rs.1,150 non-refundable amount, a down payment of Rs.50,000 and the balance amount after possession of the cheap flats.

In cleverly-worded terms, the Group said “it’s a Maple Shelters initiative aligned to the PMAY and not a government scheme” and listed criterias to enjoy the benefits of PMAY.

These included joint income of the applicant and co-applicant to be less than Rs.600,000 per annum, it should be their ‘first house’, one of the co-owners must be a female, they should be eligible for a bank loan under PMAY, and the allotment would take place in the presence of the chief minister, depending on his availability.

The applications opened on April 14 and would continue till April 25 and according to some estimates, several thousands of people have already applied under the scheme in the past five days.

The allotment of 10,000 flats at 14 locations in and around Pune – by a lottery system – is expected to take place on “Maharashtra Housing Day”, May 1. Officially there is no such day.