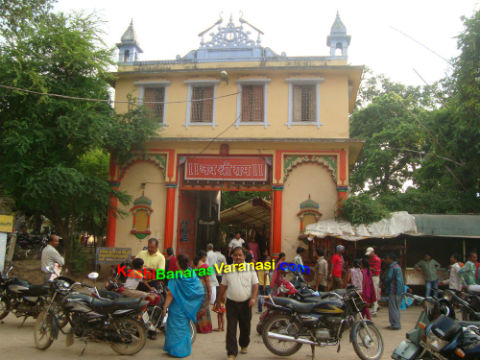 Lucknow– Despite threats of disruptions by some Hindu fringe groups, the performance of Pakistani ghazal maestro Ghulam Ali at the ‘Sankat Mochan Sangeet Samaroh’ in Varanasi was on track, the organisers said on Saturday.

The ghazal singer will perform at the fabled Hanuman temple on April 26.

In a communication to temple priest Vishambhar Nath Mishra, Ghulam Ali said he was “blessed for the kindness and benevolence of Bajrang Bali to have called him to perform at his feet once again”.

He told the priest that the kind of internal peace he found at the Sankat Mochan temple during his last performance was “unparalleled”.

The organisers said the culture of Varanasi was “much above petty mindset” and the performance was very much on.

Some Hindu outfits like the Hindu Yuva Vahini and Shiv Sena have threatened to thwart the musical event.

Shiv Sena leader Ajay Chaubey has distributed posters and pamphlets in the city opposing the event as it was being led by a Pakistani.

The opposition to the event has, however, not found much support in the city.

“The city belongs to the large-hearted, such petty minds are best ignored,” the organisers said.

Sona Mohapatra says kohl helps her deal with pain around her