Mumbai–Kriti Sanon is on a quest to perfect the art of horse riding for her upcoming film “Raabta”, and she is having a lot of fun learning it.

The “Dilwale” actress is taking the sport seriously and learning it from scratch as her character demands it. She has been training for the same during late evenings everyday.

“It initially took me a little time to get a hang of the horse’s rhythm and to learn how to control the horse, but once I started getting that, horse riding became a lot of fun,” Kriti said in a statement. Apart from horse riding, Kriti is also learning swimming and has overcome the fear of being underwater. Directed by Dinesh Vijan, the film also stars Sushant Singh Rajput. It went on floors last month. 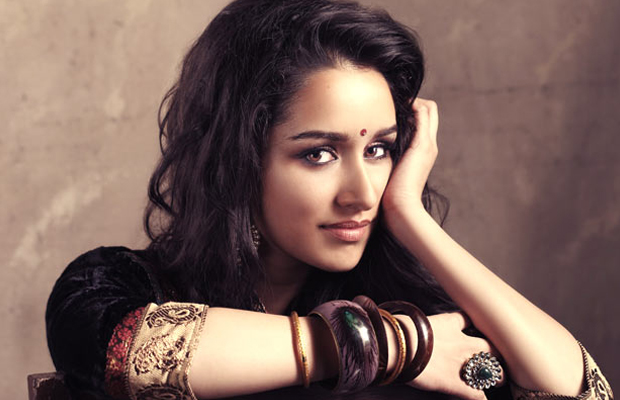 Shraddha Kapoor’s action moves in the trailer of “Baaghi” won her appreciation, and she is on cloud nine with the positive feedback. Shraddha is seen performing hardcore action in the glimpses from the film, and they became the talk of the tinsel town as well as the film buffs.

“I am very happy with the way the trailer has been received. Hearing such good things from everyone. Can’t wait for people to watch the film,” Shraddha said in a statement. “Baaghi” is a rebellious love story and features Shraddha opposite Tiger Shroff for the first time. Directed by Sabbir Khan, the film is all set to release on April 29.

Even Tiger is also seen pulling off some stunts with ease.

Actor Arjun Kapoor has confessed that he had his first kiss at the age of 19. The actor opened up about his personal life during a conversation with his fans via #fame. He became a part of the activity to promote his forthcoming film “Ki & Ka”.

The actor also confessed that he had his first drink with his cousin sister and actress Sonam Kapoor.

New Delhi–The makers of Indian film “Ghar Wapsi” on Thursday announced that Ghulam Ali will launch the movie’s music in the capital on April 4, after “a brave but failed attempt” to do so in Mumbai earlier this year. Director Suhaib Ilyasi has demanded “adequate” security for the Pakistani ghazal maestro.

Ilyasi said here that he had to shift the location of the film’s music launch from Mumbai to Delhi in view of a threat to Ghulam Ali — who has composed and lent his voice to a patriotic song in the film and is even making his acting debut with the project — from right wing Maharashtra political party Shiv Sena.

The music launch of “Ghar Wapsi” was scheduled to take place in Mumbai on January 29, but trouble ensued after threats from Shiv Sena, following which the event was called off.

Last year too, his concerts in Mumbai and Pune were called off after Shiv Sena threatened to disrupt his live performances.

The 75-year-old singer, who made an entry into Indian cinema with his popular song “Chupke chupke raat din” for B.R. Chopra’s “Nikaah”, had expressed his anguish and disappointment over the issue. But he has always maintained that music has no boundaries, and his love for Indian music lovers remains the same even after the controversy.

The film, which is in the final stages of post-production, is set for release this summer and stars Farida Jalal, Zarina Wahab, Alok Nath, Reema Lagoo, Deepak Tijori, Srishti Goutam and Harsh Nagar.