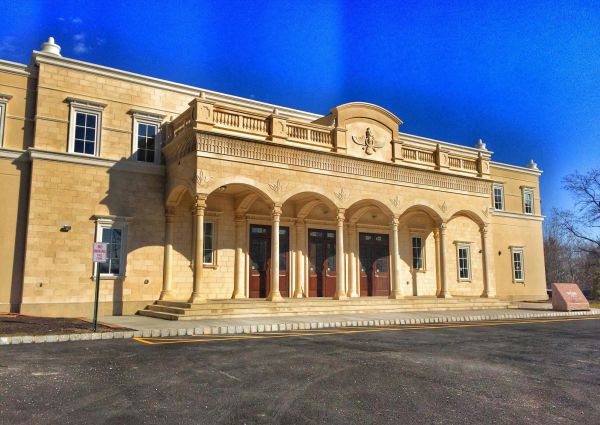 NEW YORK– On March 26th, Zoroastrians, traditionally known as Zarathushtis, from the tri-state area of New York, New Jersey and Connecticut will come together to celebrate a once in a lifetime event the inauguration of the new Arbab Rustam Guiv DareMehr building, a religious and cultural community center, in Pomona, NY.

Zoroastrianism is considered to be the first monotheistic faith and one of the world’s oldest religions. Once widely followed in ancient Persia, it found a home in India when Zoroastrian followers fled following religious persecution. The tristate community has sought to maintain its Zarathushti identity and follow the teachings of the Prophet Zarathushtra, who preached the importance of “Good Thoughts”, “Good Words”, and “Good Deeds” in the service of one God, over 3,000 years ago.

Based on this growth and the needs of the community, a new DareMehr building was conceived – one that reflects a Zarathushti ambiance and creates a sense of belonging, so as to preserve the faith and culture, grow the community, and create a legacy for future generations to enjoy and cherish. Inspired by ancient Persian and Zoroastrian architecture of the fire temples of India, the building features a stone façade with a colonnaded portico, and decorative capitols, evoking the architectural style of Persepolis as a nod to the long road traveled. This 22,000 square foot structure has four classrooms, three meeting rooms, a library, a traditional prayer hall, kitchen facilities and a main hall that can accommodate up to 400 guests.

The Zarathustis are known for their significant contributions to the history and development of India, considered all the more remarkable given their small numbers. Here in New York, this unwavering and dedicated mindset is demonstrated by the fact that in just four short years of fundraising, locally, nationally and internationally, the small but determined group has secured the approximately $5M required to construct and complete the building.

During the week of Navroze, the start of the Persian new year, the community will celebrate their achievement with an inaugural event. On March 26 th , an auspicious day that coincides with the birthday of the Prophet Zarathustra, a ribbon cutting ceremony with local dignitaries will kick off the event. A record number of priests, lead by the honorable Vada Dasturji Khurshed Dastoor, the high priest and religious leader of Zarathushtis in India, will bless the building. The event will culminate in a traditional celebratory meal enjoyed by the community.

“On March 26th, we will take a moment to appreciate what we have built as a community.” said Astad J. Clubwala, President of ZAGNY. “This new DareMehr will be a Zoroastrian religious and cultural center which will help preserve our rich and varied identity, one that our future generations will enjoy with pride.”

Zoroastrianism or the Zarathushti religion is one of the earliest monotheistic faiths and considered to be one of the world’s oldest religions. The faith flourished through the rise and fall of many civilizations. For a thousand years (558BC to 652AD) it was the court religion of three Persian empires, however suffered a setback when Persia was conquered by Alexander in 330BC. After a revival, it reeled once again with the Muslim invasion of Persia in 652AD. At this time a few shiploads of devotees fled and landed on the western shores of India. Their descendents, the Parsis, still keep the faith alive in India. Today the total number of Zoroastrians in the world is about 200,000 with the majority being in India and Iran. Zoroastrians have also settled in USA, Canada, Pakistan, Europe, Africa and Australia. Wherever they have settled, Zoroastrians have well served the countries of their adoption.

ZAGNY is a nonprofit, cultural and educational organization, registered in New York. ZAGNY aspires to sustain Zoroastrian identity, preserve and share cultural traditions, and strives to create a sense of belonging for community members of the tristate area of New York, New Jersey and Connecticut. ZAGNY members are proud ambassadors of the Zoroastrian community at official events at the United Nations, at various interfaith events, and other social events like the Persian Day Parade in New York City, and the New York City Mayor’s Celebrations during Nowruz. Since its inception, ZAGNY has been a champion for worthy causes in India such as the B.D. Petit Parsee General Hospital, Parsi Ambulance Division, Udvada, Surat and Navsari Atash Behrams and has provided assistance to the priestly community – the Mobeds. ZAGNY is also an active participant in the local community through involvement with local Westchester and Rockland County schools in educating students about the tradition of Nowruz as well as supporting local causes such as with People to People of Rockland, Red Cross Blood Drives, and the Bone Marrow registry.

The Iranian Zoroastrian Association, originally functioning with ZAGNY, was formed in 1986. IZA aspires to meet the educational, cultural, and religious needs of the growing Iranian American Zarathushti communities in the Northeastern region of the United States. Although IZA is based in the State of New York, its coverage also encompasses interested members and enthusiastic prospects from the States of New Jersey, Connecticut,
Massachusetts, Pennsylvania, Virginia and Washington D.C. As a nonprofit, educational, religious and cultural organization, IZA conducts religious ceremonies, celebrates Persian holidays and rituals (Nowruz, Tirgan,
Mehregan, Yalda, Sadeh, etc.), and organizes and/or sponsors cultural congregations and events. IZA strives to sustain and pass on the Zarathushti faith, preserve Persian cultural rituals, provide educational  opportunities in the teachings of Zarathusht: Asha and harmony of the beings, the Persian language, and the culture and history of Iran.

The DareMehr Zoroastrian temple is a Religious Corporation that holds title to the property. The Trustees of DMZT are responsible for the maintenance and upkeep of the premises. Both ZAGNY and IZA share the use of the premises.