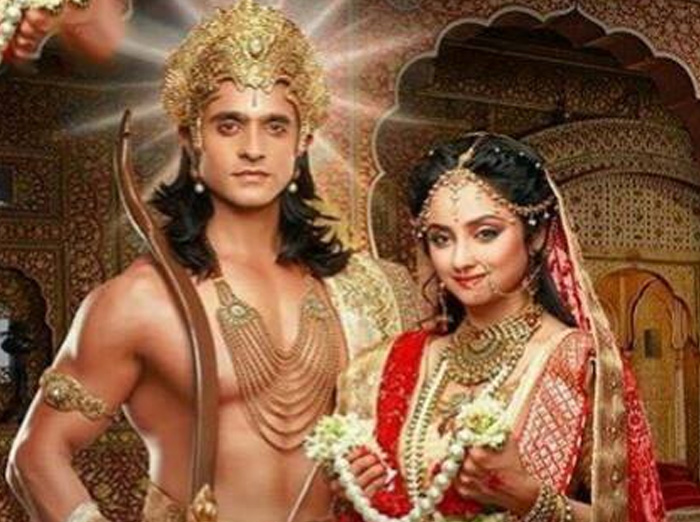 Never faced gender discrimination, says Parineeti Chopra
Mumbai–Actress Parineeti Chopra says her parents Pawan and Reena Chopra have always treated all her siblings equally and there was no discrimination of any kind. Parineeti, who has brothers Shivang and Saraj, will be seen on TV show “Mission Sapne”, wherein she will help 13-year-old Bhavna Suthalya to secure a better future.

“I grew up with two brothers but my parents never subjected to any kind of discrimination and made sure that I get best education,” Parineeti said in a statement. “I believe that girls and boys should be treated as equals and we need to work towards eradicating all the discernment that still exists.

“The men of the house should stand up and take the responsibility of educating every single woman of their family thereby bringing about a major change in the society,” she added. Bhavna dreams of becoming an IPS officer in order to bring stability in her family. Her parents Bhanu and Archana are visually challenged and sell books and stationary material in local trains To help her financially, Parineeti will be seen selling books and stationary at a suburban mall to earn daily wages for Bhavna and her family.

Hosted by Sonali Bendre, “Mission Sapne” is about upbringing people who have struggled in their life but never left their spirit to achieve something. The show financially helps these people by inviting celebrities who do the same daily job which these people do.

The episode featuring Parineeti will be aired on Sunday on Colors.

Child actress Harshita Ojha, who is currently seen as Choti Dharaa in TV show “Tamanna”, got a chance to fulfil her love for cooking on the show’s set. In an upcoming sequence, the 8-year-old will be seen preparing food for the entire family. Harshita got excited when she heard that she will be entering the kitchen and making food.

“This role has been fulfilling my wishes from the very beginning, first of reworking with Waseem sir (director Waseem Sabir), playing cricket and now even cooking. I was very curious about so many things and I asked a lot of questions,” Harshita, who last worked with Sabir in “Ek Veer ki Ardaas…Veera”, said in a statement.

“I prepared my first dish with the help of Ketki Dave. My mother doesn’t allow me to enter the kitchen as she believes it is my time to enjoy life and she says it’s not safe for children. This role helped me fulfil my wish of entering the kitchen, preparing a dish and I was very excited to do this particular scene. I will definitely prepare a dish for my mother at home,” she added.

Ketki, who plays the role of Baa in the Star Plus show, said: “According to the scene, I had to teach Dharaa cooking. After I got to know about her fondness for cooking, I took more interest in it. She knew quite a lot for her age and that really surprised me. The emotions in the scenes came naturally to us and we enjoyed it a lot.”

“Tamanna” is based on the life of an aspiring female cricketer, Dharaa. The show also stars Anuja Sathe, Vishal Gandhi and Kiran Karmarkar.

Glad that I got back to acting with ‘Siya Ke Ram’: Bijay Anand

While he was away from the limelight for a long time, actor Bijay Anand says he feels happy that he chose a show like “Siya Ke Ram” as his acting comeback. Bijay, who starred in films like “Yash” and “Pyaar To Hona Hi Tha” in the late 1990s said no to every offer that came his way until “Siya Ke Ram” was offered to him.

“I quit acting because I wanted to pursue my passion; teaching. I became a yoga teacher and it was all going very well. Many offers came my way but this was one role I personally couldn’t say no to because Janak is Bijay and Bijay is Janak,” Bijay said in a statement.

“Shooting for ‘Siya Ke Ram’ has been a fantastic experience for me and I’m glad this role chose me to be the part,” he added.

With Sita (Madirakshi) and Ram’s (Ashish Sharma) wedding finally happening and Sita heading to Ayodhya, the focus of the show will now be shifting there and the artists. Therefore Bijay and Bhargavi Chirmule, who plays the role of Sita’s parent, won’t be seen for a while on the show.

“There maybe a couple of scenes more on the show at a later stage but for now we are done. The experience of shooting in Hyderabad for this show has been phenomenal and I will definitely cherish this experience for a lifetime,” Bijay said. “Siya Ke Ram”, aired on Star Plus, is a unique presentation of Ramayana from Sita’s perspective.

While Aditi Sharma is seen as a champion of kite flying in popular soap opera “Gangaa”, the actress is totally opposite to her reel image in real life. During the shooting of an upcoming kite flying sequence, Aditi injured herself by cutting her palms and even foot with the ‘manjha’.

As per the episode, Aditi was required to fly kites like a champ. However, she ended up getting injured by the ‘manjha’ (kite string)

“You would think that one gets cuts and bruises while doing an action scene. But it was an eye opener that even family drama shoots can lead to injuries. It wasn’t too bad but yes I have become quite the kite runner now,” Aditi said in a statement.

Aditi plays the title role in “Gangaa”, which is aired on &TV.