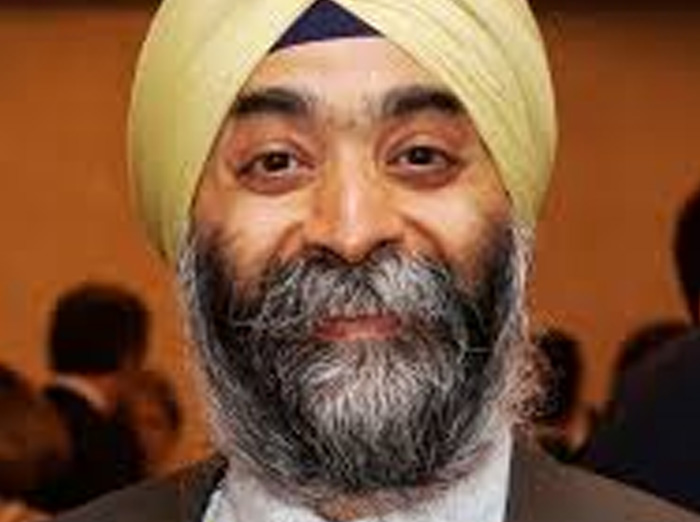 BEDFORD, MA– Ocular Therapeutix, founded by Amar Sawhney, is now one of only two Massachusetts biotech firms trading up this year, according to media reports.

“Ocular Therapeutix is on track to become one of just two local biotech firms whose value hasn’t fallen since the start of the year this morning, after its stock shot up more than 50 percent on good news from the FDA on its planned drug trial,” Boston Business Journal reported.

The Bedford-based company (Nasdaq: OCUL) announced that the Food and Drug Administration has given its blessing for a late-stage trial that will compare the company’s insert for sustained-release of travoprost (a drug now used to lower eye pressure) to treat eye disease to a placebo rather than another drug called timolol, Boston Business Journal said.

“That means it’s more likely the company’s drug, called OTX-TP, will show statistically-significant improvement. With two Phase 3 trials of OTX-TP, versus placebo now set to begin in late summer or early fall, investors appear confident it will show it works better than a placebo in patients with glaucoma and ocular hypertension,” reported Boston Business Journal.

“We are pleased with the outcome of our recent meeting with the FDA to discuss the Phase 3 clinical development plan for OTX-TP. We believe that a direct comparison of OTX-TP with a placebo comparator reflects the simplest and most real world appropriate clinical study design for this product,” said Sawhney, President, Chief Executive Officer and Chairman of Ocular Therapeutix. “This meeting was an important milestone for advancing this program into the next stage of its development. We expect to initiate the first of two planned Phase 3 clinical trials in the third quarter of 2016 after holding an End of Phase 2 meeting with the FDA and finalizing the protocol for the trials.”

Robert Noecker, Ophthalmic Consultants of Connecticut, and Assistant Clinical Professor, Yale University School of Medicine, stated, “Compliance remains a major issue with all current glaucoma eye drop therapies. Sustained release drug candidates such as OTX-TP address this issue directly, and have the potential to put the control back into the hands of the physician by removing the burden on the patient to administer eye drops every single day. In clinical trials to date, OTX-TP has shown a clinically meaningful IOP lowering effect and has not caused hyperemia, or eye redness, a common side effect of topical glaucoma therapies. It offers a preservative-free formulation that appears to be benign to the ocular surface, which can be adversely affected by preservatives used in eye drops for chronic glaucoma therapy. OTX-TP is a product candidate that may offer an important advancement in the treatment of glaucoma.”

Glaucoma and ocular hypertension are chronic, sight-threatening diseases in which elevated levels of intraocular pressure are associated with damage to the optic nerve, which may result in irreversible vision loss. Glaucoma is the second leading cause of blindness in the world. Ocular hypertension is characterized by elevated levels of intraocular pressure without any optic nerve damage. Patients with ocular hypertension are at high risk of developing glaucoma. In the U.S. alone 2.7 million people suffer from glaucoma. According to IMS Health data, there were 33 million prescriptions and sales of over $2.4 billion of drugs administered by eye drops for the treatment of glaucoma in 2014.

Sustained Release Travoprost (OTX-TP) is a preservative-free drug product candidate that resides within the canaliculus and delivers the prostaglandin analog travoprost to the ocular surface for up to 90 days. The drug depot is designed to deliver a continuous steady release throughout the treatment period. A fluorescent visualization aid is formulated within the product to enable both the physician and the patient to monitor drug presence throughout the course of therapy.

Ocular Therapeutix is a biopharmaceutical company focused on the development and commercialization of innovative therapies for diseases and conditions of the eye using its proprietary hydrogel platform technology.