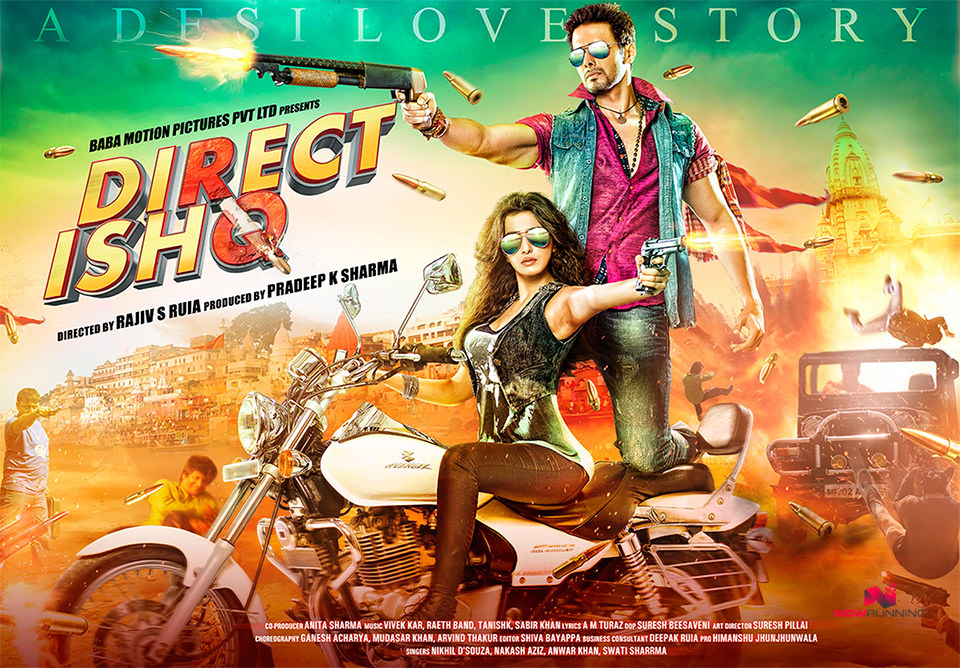 An aspiring singer Dolly Pandey (Nidhi Subbaiah) has a no-nonsense attitude towards life, roughs up eve-teasers, rides a bike and has guys sweating it out when she is around. A local toughie Vicky Shukla (Rajneesh Duggal), who contests elections, indulges in fights, but wears his heart on his sleeve, and a local rich boy, Kabeer (Arjun Bijlani), who now lives in Mumbai and runs an event management company. These form the trio in this romance. 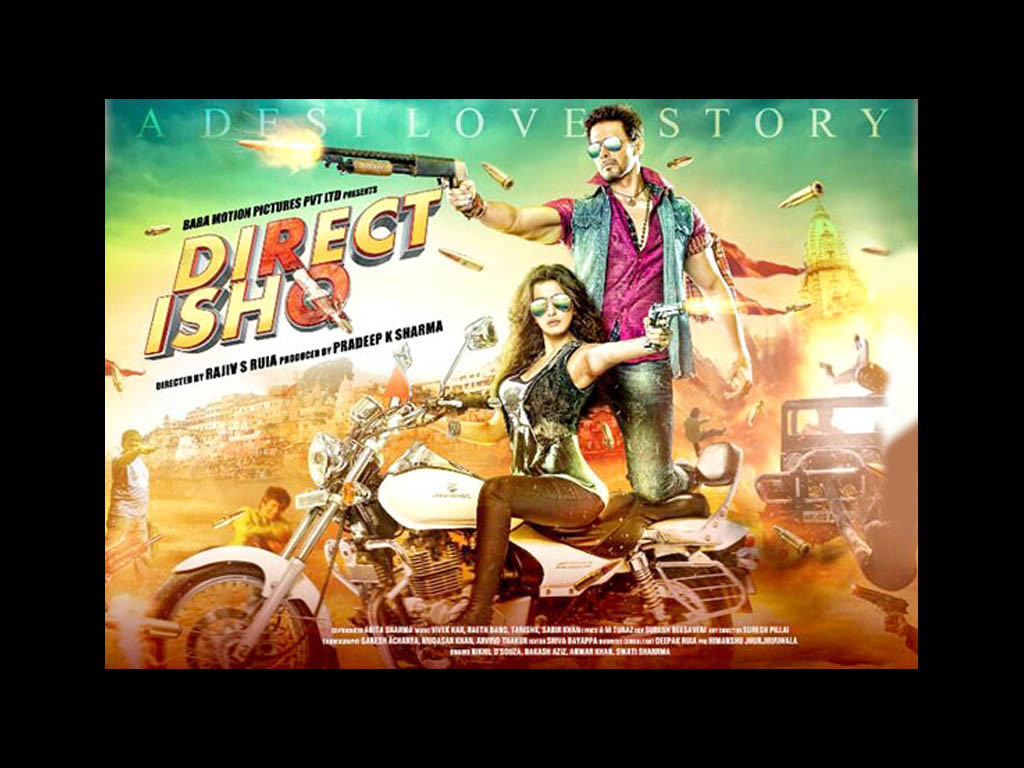 With a poorly written and predictable story and screenplay, replete with cliches and humour, “Direct Ishq” gets nowhere even after it is over. Even the love story appears confused. The characters are flimsy, paper thin and trite.

The situations in the film with the hero and his set of lackeys are oft-seen. The dialogues brimming with English words intended to be funny, end up having the opposite effect.

Although the heroine is supposed to be an aspiring singer, the music in the film is third rate and jarring to the ears. The title song, “Direct ishq” is equally lacklustre and tacky, in a badly choreographed dance sequence.

Rajneesh as Vicky Shukla shows promise, exudes confidence and has a fairly strong screen presence, but overacts throughout the film. His “Banarasiya” flavour is a bit too over the top and his mannerisms are exaggerated. However, he looks the character of the local toughie owing to his physique and personality.

Debutant Arjun as Kabeer, the good boy from a rich family, offers nothing to his poorly written character, by way of performance or persona.

Nidhi as Dolly Pandey, starts off with a bit of a promise, but peters out. She seems to lack energy and charisma, expected of a lead actor. The poor dubbing and her shrill voice only add to the viewer’s agony.

Rajesh Shringarpure as Raode Bhau, a local “bhai” in Mumbai, is equally a hackneyed character, trying desperately to get his deep voice to sound like a baritone.

Director Rajiv S. Ruia seems to lack focus and has tried to borrow from many such stereotypical small town-esque films, thus making it a melange of mediocrity.

The production values are poor and give the film the feel of a low cost B-grade film. The opening sequence with montages of Varanasi in all its glory, is perhaps the only treat for the eyes.

To know who finally gets the girl, watch “Direct Ishq” at your own risk, as this two- hour plus saga is an absolute eyesore and makes for tedious viewing. It is a far cry from the rom-com it is touted to be.