Aligarh–A section of intellectuals here are unhappy that Hansal Mehta’s film, based on a gay relationship of a professor, has been named “Aligarh”.

Members of the Millat Bedari Muhim Committee told IANS that the film was about a gay relationship of a professor of Aligarh Muslim University (AMU) although nothing has been conclusively proved in the case.

Jasim Mohammed, secretary of the organisation, said the film created an impression that gay relationship was common in Aligarh. Such an image would deter parents from sending their children to study in Aligarh, he said.

“Everyone’s work is marvellous; this film is on a different level altogether. Manoj Bajpayee has reached an incredible level in this film; it is such a wonderful film”, he added.

The Hansal Mehta-directorial ‘Aligarh’ is based on the life of an Indian linguist and author Shrinivas Ramchandra Siras, who was suspended from his job because of his sexual orientation.

Manoj plays the role of Siras, and Rajkummar Rao plays a journalist, who shows interest in the case and the feelings of Siras. Anurag lavished praise on his ‘Gangs Of Wasseypur’ actor, saying: “It is the best performance of Manoj Bajpayee ever, I am still reeling due to his performance, I can’t talk enough about it.”

After the debacle of ‘Bombay Velvet’, Anurag has wrapped up the shooting of his next – Nawazuddin Siddiqui starrer ‘Raman Raghav 2.0’, also starring Vicky Kaushal.

Mumbai–Veteran actor Asrani helped the actors of upcoming film “Murari- The Mad Gentleman” in improvising, and made the script more interesting by giving it a personal touch, says its director Suzad Iqbal Khan.

“When we narrated the story to him, he got excited and loved it. Though his character will add humour, you will also get to witness his emotional side in major portions of the film. But that doesn’t mean he will be only seen shedding tears. “Asrani ji’s character has a soft corner for Murari (played by Sanjay Singh), since he shared a great bond with Murari’s father in the film,” Khan said in a statement.

He shared that it was easy and comfortable working with Asrani. “For ‘Murari…’, he had to shoot at least two-three scenes a day that too with as many as 45 characters in one frame at times. He used to be constantly on the sets, used to help the actors in improvising.

Twinkle Khanna says she is not romantic, but practical

Mumbai–Actress turned writer Twinkle Khanna says she is not romantic but a practical person. “I’m not romantic, I’m very practical. There are lots of fish in the sea; so whoever gets struck with your rod, one is as good as another,” Twinkle said at the launch of a book ‘The Village Of Pointless Conversation’, authored by ‘Being Cyrus’ and ‘Finding Fanny’ writer Kesri Khambatta.

Asked if her husband, actor Akshay Kumar, was a romantic person or not, she quipped: “I don’t know who Akshay is. Thanks.” The book is based on material developed while scripting Bollywood film ‘Finding Fanny’, post which Khambatta reworked certain parts of it.

Twinkle even complimented him that Lee Harper’s book ‘To Kill A Mockingbird’ could not create the same impression that ‘The Village Of Pointless Conversation’ created on her. She liked it so much that she felt like “ripping eight chapters of her next book and throwing it in the bin,” she said. Twinkle came up with her own book ‘Mrs. Funnybones’ last year.

Asked if she would like to see it adapted into a film, she said: “I think it would be a sort of a tragic-comedy; my mother-in-law will commit suicide, because I’ve depicted her as a crazy old bat; so I don’t think we could ever make a movie on that.”

Mumbai–Bollywood actor Jimmy Sheirgill says that he eagerly wants the third installment of the ‘Munnabhai’ film series to be made and wants a different character for the film. “Definitely, I’ll be hoping that the film is made, and I’ll hope that my role is a different one, because I was the only character who was Zaheer in the first part and was Victor in the second one, so let’s see what is there in store this time,” said Jimmy about ‘Munnabhai 3’ at the trailer launch of his film, ‘Shortcut Safaari’.

While lead actors Sanjay Dutt and Arshad Warsi reprised their characters of Munnabhai and Circuit respectively from ‘Munnabhai MBBS’ in the second part, ‘Lage Raho Munnabhai’, Jimmy played two separate characters, which perhaps weren’t too meaty but were significantly crucial.

The director of the franchise, Rajkumar Hirani, has confirmed that the third part is very much on, which he intends to proceed with after Sanjay is released from prison. He is all set to be released on February 25. “I’m very happy, Sanju baba is coming back. We have done numerous films together, we have shared some great moments together and I feel that finally everything will be fine. He’ll begin a new life, he has always been a fighter, and I feel that this time, too, he’ll do something new,” Jimmy said.

Everyone has right to their own preferences: Lauren Gottlieb

She was present at a screening of the film, ‘Aligarh’ where numerous B-town celebrities such as Tabu, Chunkey Pandey, Anurag Kashyap, Kay Kay Menon, Sanjay Kapoor, Poonam Sinha, Sushant Singh Rajput with his girlfriend Ankita Lokhande and Arjun Kapoor were present.

The protagonist of ‘Aligarh’, played by Manoj Bajpayee, is a homosexual who gets suspended from his job of a professor after his video getting intimate with another man is circulated. The film’s director Hansal Mehta has called for dismissing the controversial section 377 of the Indian Penal Code, which criminalises homosexuality. Manoj and Rajkummar Rao have also advocated the cause of the LGBT community, during the course of promotions of the film.

About the film, Lauren said, “The film was great! It is the least Bollywood commercial cinema I have seen lately and I really appreciate it. It’s kind of a heavy subject, so you leave with heavy heart, but with a lot of hope and inspiration for the future,” she added.

‘Aligarh’ is releasing on February 26. 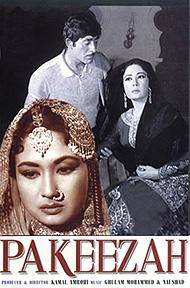 Meena Kumari’s films to be screened at Osianama At Liberty

Mumbai–Late actress Meena Kumari’s classics are all set to be screened at Osianama At Liberty as part of its ongoing Womanhood festival. Some of films that will be screened on Thursday are “Pakeezah”, “Parineeta” and “Daayra”.

“The memories of Meena Kumari reflect a deeply complex and contradictory soul which reaches out to the world to be understood and loved…,” said Neville Tuli, chairman and the driving force behind Osianama.

“She is a true icon for womanhood and cinema, absorbing all, breaking all, in the search to be herself… Along with Nargis and Madhubala, she represents the feminine iconicity just as ‘Mother India’, ‘Mughal-E-Azam’ and ‘Pakeezah’ represent a different trinity of Indian cinema,” he added.

Besides Meena Kumari’s film, Osianama at Liberty will also display painting of Kohinoor and Benazir portrait, and much else as part of the ongoing womanhood festival. It will continue till April 16.

Irrfan Khan happy at completing a decade in Hollywood

Mumbai–Actor Irrfan Khan, who made his international debut with the Indo-British filmmaker Asif Kapadia’s movie “The Warrior” in 2006, says he is “glad to be part of two most prominent cinemas of the world”. “It’s an inexpressible feeling. I started with an experiment to break the Indian stereotypical image in the West and was accepted with open arms there,” Irrfan said in a statement.

Over the years, Irrfan has carved a niche for himself in the West by being part of films like “Jurrasic World”, “A Mighty Heart” and his upcoming film “Inferno” with Hollywood actor Tom Hanks. The “Piku” star, who has been lauded for his roles even in Bollywood, also expressed his love and gratitude to his fans for appreciating his work both in Bollywood and Hollywood.

“I am glad to be part of two most prominent cinemas of the world and would like to express my gratitude to my fans for appreciating me for my work,” he added.

92nd birth anniversary of Talat Mahmood to be celebrated in Mumbai

Mumbai– On the occasion of Talat Mahmood’s 92nd birth anniversary, his daughter Sabina Talat Mahmood Rana and son-in-law Rajendra V Rana have put together a programme titled “Jashn e Talat” in memory of the music maestro.

“Today is his 92nd birth anniversary and on this auspicious occasion we are having a very private celebration. I have planned to sing a vast array of his ghazals, private songs and films songs,” Rana, a professional singer, told IANS. Padma Shri awardee Sudha Malhotra will be the chief guest at the event. She will sing “Hum tumhare ho chuke hai” with Rana.

It has been 18 years since Talat Mahmood passed away and the nostalgia and flavour of his melodious velvety voice remains unsurpassed to date.The Padma Bhushan awardee was particularly famous for singing soft and sombre semi-classical and non-classical ghazals.

‘Neerja’ made tax-free in Maharashtra

Mumbai–Actress Sonam Kapoor starrer “Neerja”, a biopic on the life of Neerja Bhanot who sacrificed her life while saving passengers on board hijacked Pan Am flight 73, has been declared tax-free by the Maharashtra government.

“We are deeply grateful to Poonam Mahajan for her kind efforts in presenting our film ‘Neerja’ as a worthy candidate for entertainment tax exemption in the state of Maharashtra,” Atul Kasbekar, who has co-produced the film, said in a statement.

“Also I want to express my gratitude to Devendra Phadnavi who deemed ‘Neerja’ a worthy case for the same and acted upon with great alacrity. This will enable Neerja’s story to be seen by a vastly great number of the people all over the state,” he added.

“Neerja”, directed by Ram Madhvani and produced by Fox Star Studios and Bling Unplugged, stars Sonam in the title role.

The film, which released on February 19, has received an overwhelming response both critically and commercially.

Deepika took off to Toronto, Canada, to shoot for the film earlier this month, and has been keeping her fans updated about her Hollywood sojourn through photographs and videos.

In fact, her rumoured boyfriend, actor Ranveer Singh also met her during his short trip to Toronto.