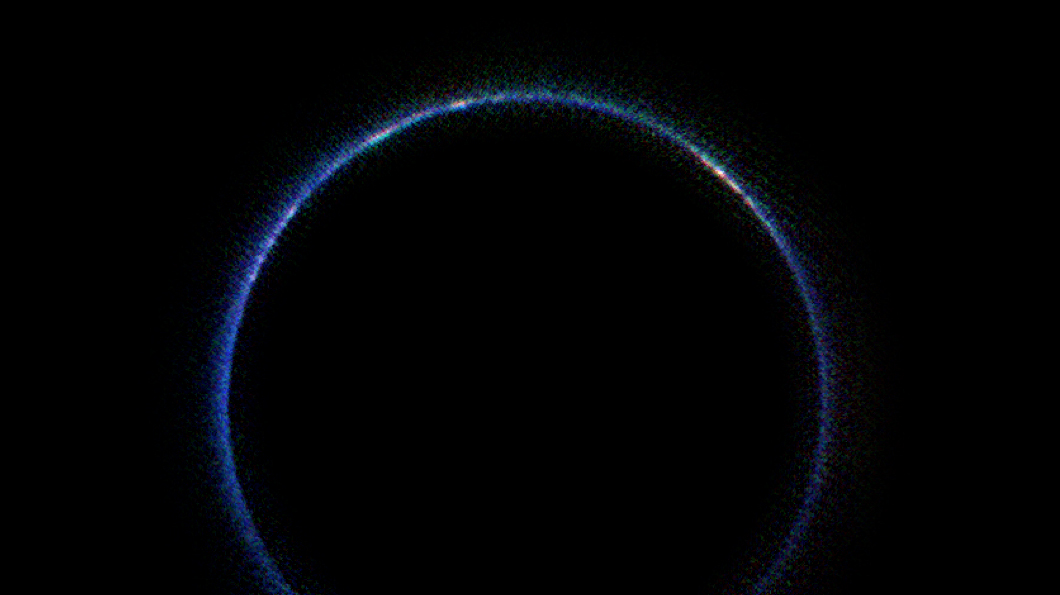 NEW YORK–The US space agency NASA has released a photo taken by its New Horizons spacecraft that shows Pluto’s atmosphere in infrared wavelengths.

It is the first image of the atmosphere made with data from the New Horizons Ralph/Linear Etalon Imaging Spectral Array (LEISA) instrument.

The image, in which the sunlight is coming from above and behind Pluto, was captured on July 14, 2015, while New Horizons was about 180,000 km away.

The blue ring around Pluto is caused by sunlight scattering from haze particles common in Pluto’s atmosphere and scientists believe the haze is a photochemical smog resulting from the action of sunlight on methane and other molecules, producing a complex mixture of hydrocarbons such as acetylene and ethylene, a report on NASA’s website said.

These hydrocarbons accumulate into small particles — a fraction of a micrometer in size — which scatter sunlight to make the blue haze.

The new infrared image, when combined with earlier images made at shorter, visible wavelengths, gives scientists new clues into the size distribution of the particles.

The whitish patches around Pluto’s limb in this image are sunlight bouncing off more reflective or smoother areas on Pluto’s surface, the report noted.