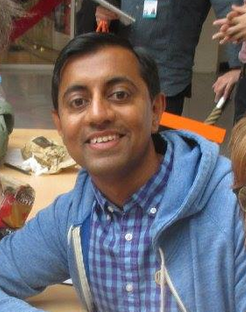 The film has been nominated in the Best Animated Short Film category along with four other movies.

Patel’s movie will be competing with “Bear Story”, directed by Gabriel Osorio, “World of Tomorrow”, helmed by Don Hertzfeldt, Richard Williams’s “Prologue” and “We Can’t Live Without Cosmos”, directed by Konstantin Bronzit.

“Sanjay’s Super Team”, inspired by Patel’s own childhood when he felt conflicted by the modern world and Hindu traditions of his family, follows the daydream of a young Indian boy, bored with his father’s religious meditation, who imagines Hindu gods as superheroes.

Celebrated directors Guillermo del Toro and Ang Lee presented some of the 2016 Academy Award nominees on Thursday from the Academy’s Samuel Goldwyn Theater in Beverly Hills.

The 88th Academy Awards will take place on February 28 here.