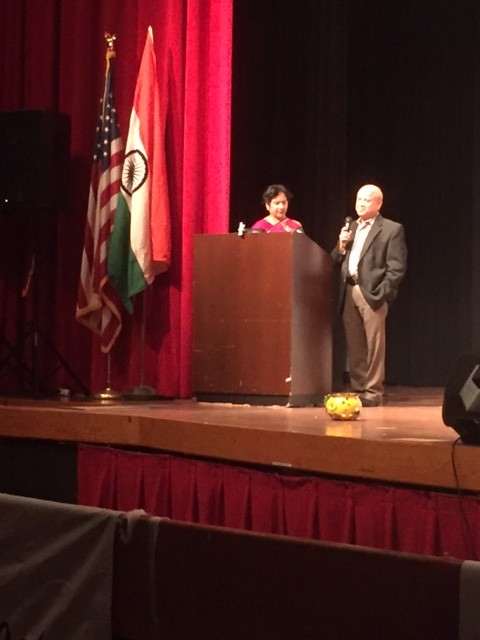 Prof. Kamal subsequently earned a M.S. in electronics from Northeastern University and a Ph.D. from Boston University. He joined Curry College in the late 60s as a teacher in physics and astronomy and was a tenured professor with them till his retirement a couple of years ago.

Earlier, Kumar held technical and program management positions at Draper Laboratory, Inc., a large MIT R&D spin-off. An alumnus of IIT Kanpur, he has a doctorate from MIT, and Law degree with High Honors from New England Law/Boston. He is admitted to practice before the U.S. Supreme Court and the federal District Court for the First District of Massachusetts. He has 17 U.S. patents, including the fundamental patent on the key technology of the Nickel Metal Hydride battery.

His association with IAGB began in the early 1970s as President of MIT’s Sangam. Later, during his term as IAGB President in the mid-1990s, his team revived IAGB from a dormant, almost defunct, state to the vibrant organization of today, and celebrated India’s 50th Independence Day anniversary on a grand scale at the Hatch Shell, a legacy that has since been built upon and continued. The South Asian women’s support group Saheli was formed under his leadership. He has also served as President of the Massachusetts chapter of the Indian American Forum for Political Education, and he co-founded IIT Society in New England, IIT SINE, serving as its first Vice President – Kanpur. More recently, he has co-founded his school Alumni association, the Old Martinians Association of New England, of which he serves as President.

He is an opinion page columnist of India New England News, commenting mostly on Indian social and political issues.