NEW DELHI– Is it taboo for women to talk about sex, their hidden desires or having extra-marital affairs? No! It is their liberal attitude towards life, their choice of heart over head and breaking social norms and fulfilling their forbidden desires, says a new book on the subject.

Madhuri Banerjee’s “Forbidden Desires” (Rupa, pp 168, Rs.295) takes readers to the world of four female protagonists – Naina, Ayesha, Kavita and Kaajal – who are made to face the shocking truths they never imagined. Their desires haunt them, provoke them and make them fight to choose a new path in their lives.

“It’s about love and duty, desire and demands, heart vs head. It’s the story of four dynamic women who make certain choices in their lives to hold on to their beliefs until one day their forbidden desires make their life crash and collide their destinies into each other,” Banerjee, 40, told IANS in an e-mail interview from Mumbai about her latest book.

It presents the protagonists breaking boundaries in pursuit of their happiness. But do Indian women in reality have the courage to do so?

“I hope women find courage through my books. My aim is to give them a new way of thinking or at least start a dialogue that allows them to be more than roles in a family. Be the queen of your own chess board. Not the pawn of someone else,” said Banerjee, a single mother with a seven-and-a-half-year-old daughter and executive producer of the Zoom entertainment channel. 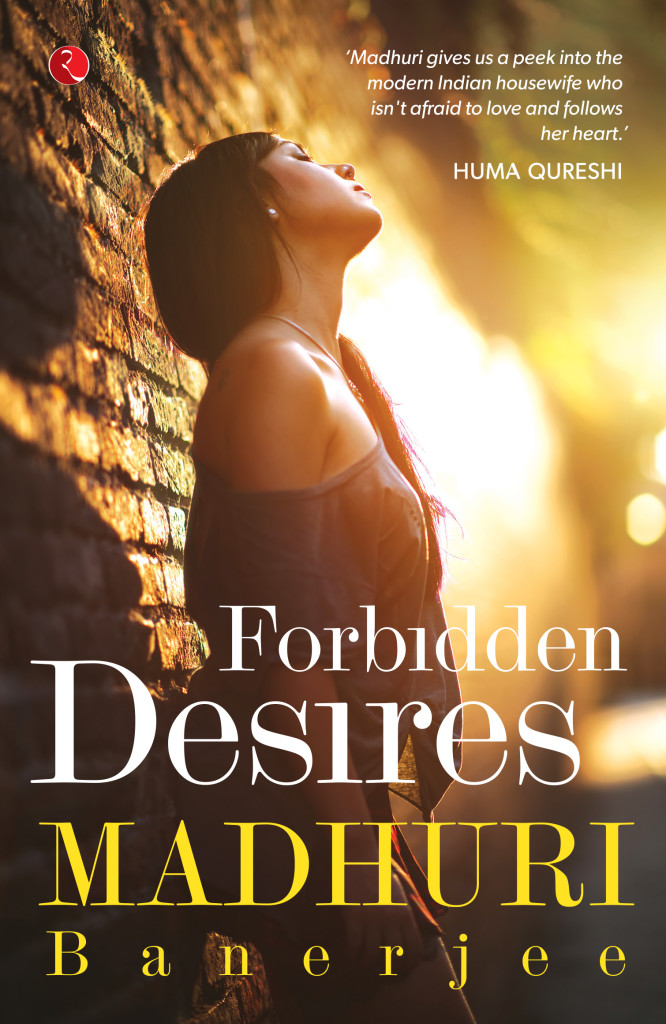 Banerjee’s books have been mostly female-oriented and her writing is inclined towards the emancipation of women. However, that does not define her as a feminist.

“A friend finally defined me – A Feminist Writer. And I said ‘Probably!’ But I empathise a lot with men as well. That’s why I wrote ‘My Clingy Girlfriend.’ I’m not just for emancipation of women, I’m for the emancipation of all human beings who feel they’re stuck doing the same thing every day because that’s what is expected of them,” the 40-year-old explained.

Like her characters, the author strongly believes that contemporary women need to be vocal about their desires and need to break social barriers because that will liberate society in the true sense.

“As a society, women have been repressed for so long that they have never been allowed to voice what they want from our partners. And even when they say things in the bedroom, the man feels shy or angry. We’re judged and so we keep quiet. But it is important to be vocal about our feminine desires,” Banerjee said.

“It will also help with the rising depression and stress in women which come from curbing your desires and supressing your needs. There’s nothing unhealthy about it. Understand it. Accept it. Make the other person get it,” the author asserted.

“I am glad there are more writers on women’s needs. I would like to think I’m the first in this generation who started a trend in talking about sex openly through my novel Losing My Virginity And Other Dumb Ideas,” said Banerjee.

Talking about readers accepting writings on extra-marital affairs and sexual preferences of women, Banerjee said that a large part of the Indian audience has accepted the way she writes because it is sensuous and not vulgar or gross.

“My book talks about relationship issues that could help a man or a woman through a story about real people,” commented Banerjee, who believes in writing to break the existing taboos in society.

Not just books, Banerjee has stretched her hand into Bollywood scriptwriting with “Hate Story 2”.

Talking about Indian audiences accepting the liberal attitude of women on screen, Banerjee said: “I think Indian cinema is changing. With great women-centric films like ‘Mary Kom’, ‘NH10’, ‘Dirty Picture’ and ‘Queen’ doing well, people are opening up to women in a new way. But it is a long road and we women need to stand together to show them that we can’t be labelled one way.”

Quite appropriately, Banerjee’s next book, due in May and co-authored with Rohini Tiwari, is titled “The Flaky Mummy” – a cocktail guide to surviving motherhood. It’s sure to be a “must read”!