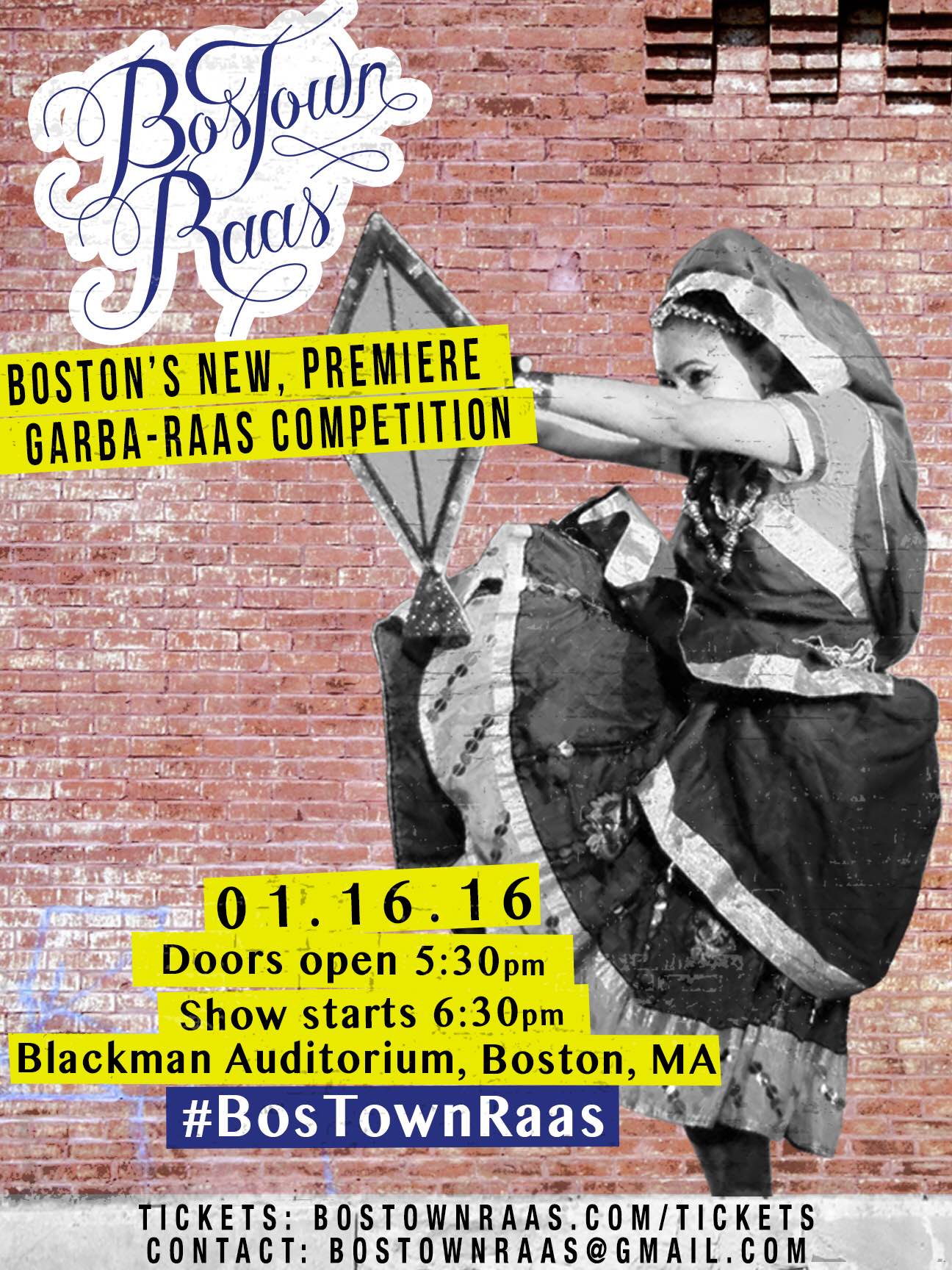 BOSTON—Boston will host national Garba-Raas Dance Competition on January 16 at the Blackman Auditorium at Northeastern University in Boston. The event is organized by BosTown Raas.

“200 dancers from across the nation will perform and we expect 500 people will attend,” Pooja Adesara, Judging Chair of the competition, told INDIA New England News.

BosTown Raas 2016 has invited eight teams from across the nation to compete for the title of 1st, 2nd and 3rd place. These teams will later go on to possibly compete at Raas All Stars National Competition. These teams are coming from California, Texas, Missouri, Indiana, Maryland, New York and Pennsylvania, said Adesara.

“We are also featuring four exhibition acts, including the lovely Jasmine Shah and her group Aangikam Dance Academy, Bentley Bizraas, Rangila Rhythms and Jai Matt,” Adesara said, adding that Matt is an up and coming singer who sings Indian and American fusion songs. 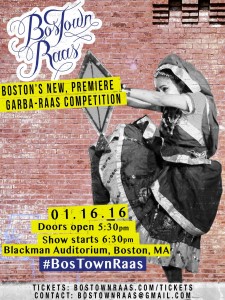 BosTown Raas was founded in 2015 by an assembly of alumni who passionately evolved their love of Garba-Raas while dancing on a nationally recognized team, Bentley BizRaas. The bond between them strengthened, year after year, as they spent countless hours preparing and competing in Garba-Raas competitions across the nation, according to the organization’s website. These competitions not only allowed for the team to showcase their talents but also became an event through which dancers developed personally and professionally. As these alumni evolved, they had a vision to bring this spirit to the heart of New England: Boston.

The collective goal of the organization is to provide a platform for competing teams to express their passion for Garba-Raas.