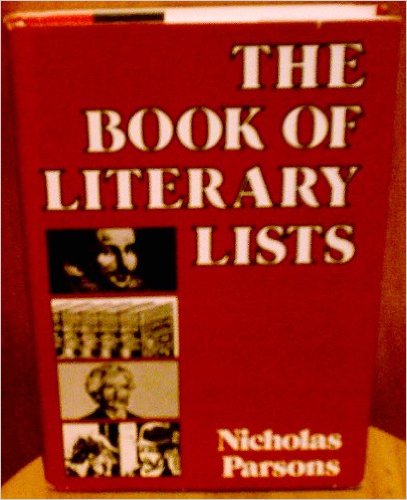 They can recount all facets of the human condition and activities – be it a young woman’s quest for an orgasm, a man retracing the journey of the beer that sustained the British Empire while toting a barrel of it, others following the routes, on similar beasts, taken by the Crusaders or Genghis Khan’s hordes, provide histories of things as diverse as salt, smiling, colours, doubt, and Monopoly, help to analyse emotions, irrationality, companies, and so on. So why can’t there be books about books and reading?

After all, there are plays about plays – Shakespeare’s “A Midsummer Night’s Dream” and “Hamlet” readily come to mind but also Luigi Pirandello’s “Six Characters in Search of An Author”, and films about films like Billy Wilder’s “Sunset Boulevard”, Shyam Benegal’s “Bhumika” and Mel Brooks’ “The Silent Movie”.

But will such books be interesting? Would we (or rather not me but the not totally committed readers out there) be keen to read about how others picked up the habit, what and how they read, and what they thought? But the phenomenon is not uncommon or strange. Don’t we follow recommendations from family, friends, or teachers, read book reviews or the blurbs on the book covers, and get convinced by them too?

Let’s see a few from the this rather unique subset of books – spanning collections of trivia and lists, self-imposed targets and attempts to adhere to them, on the effect and impact of literature and books, of quirks of voracious readers, and more.

Among the first I read was “The Book of Literary Lists: A Collection of Annotated Lists, Statistics, and Anecdotes Concerning Books” (1987), compiled and written by Nicholas Parsons. In its five sections – “Authors”, “Books”, “Publishers”, “Readers and Reviewers” and “Books and their Enemies”, you can find the 19th century’s bestselling poets but also examples of utterly execrable poetry to besmirch the English language, some prolific authors, the ones most translated, those who secretly wrote erotica, Britain’s most popular fiction between 1578 and 1930, longest or implausible book titles, misguided book rejections, an opinion on ‘classics’ that can done away with, books burned and banned and authors killed or jailed and more.

You can also find the favourites of Barbara Cartland, H.R.F. ‘Inspector Ghote’ Keating, Jeffrey Archer, and Leo Tolstoy among others.

“Ex Libris: Confessions of a Common Reader” (1998) is a slim collection of essays by Anne Faddiman, who only deemed her marriage complete after she and her husband did the same with their libraries, comprising this episode as well as the joys of reading aloud, or knowing obscure words, taking care of books (turn down page edges to mark your place or not?), the allure of owning second-hand books, plagiarism – and finally, her listing of more books about books.

Going more deep is Tim Parks’ “Where I’m Reading From: The Changing World of Books” (2015), with pieces like “What’s Wrong with the Nobel?”, “Does Money Make us Write Better?” and “Listening for the Jabberwock” and dealing with issues such as whether you should finish every book you start, family influence on your reading, literary style, etc. Parks also has written “Hell and Back: Reflections on Writers and Writing from Dante to Rushdie” (2001).

A discussion between authors and book collectors Jean-Claude Carriare and Umberto Eco on books’ future in the digital world and other related topics can be found in Jean-Philippe de Tonnac-compiled “This Is Not the End of the Book” (2011), while “The Pleasure of Reading” by Antonia Fraser (editor) has 43 writers, including Stephen Spender, John “Rumpole” Mortimer, Germaine Greer, Gita Mehta and Kamila Shamsie, relate their discovery of reading and the books that inspired them.

Reading requires attention and time – both not freely available in our fast-moving, frantic and easily-distracted world. But there are quite a few who can juggle their work and family commitments to manage – and tell us their experiences. Here must be mentioned Nick Hornby’s “The Complete Polysyllabic Spree” (2004) and “Stuff I’ve Been Reading” (2013) (though I learn they are the first and last of a four-volume series) and Andy Miller’s compelling “The Year of Reading Dangerously” (2014).

There are scores of others – two which I look forward to are Azar Nafisi’s “Reading Lolita in Tehran” and “The Republic of Imagination” on the vital role of fiction today, and Anita Nair’s “Goodnight and God Bless”.

For less than passionate readers, these works will be great introduction to the magic of books and the pleasures of reading. For those already fixated, the joy will be doubled.

(Vikas Datta is an Associate Editor at IANS. The views expressed are personal.)