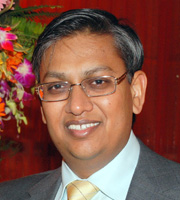 NEW DELHI–With vanity high on the list of discretionary spending, even majority of middle class people in India today are accepting cosmetic plastic surgery as a valid scientific means of improving appearance, shows a survey.

The survey conducted by Max Super Speciality Hospital, Saket, here involved an analysis of the evolving attitude of more than 700 residents from Delhi and the National Capital Region (NCR) towards cosmetic plastic surgery.

“Cosmetic surgery has existed in India for more than four decades now but Indians continued to refer to it in hush-hush tones. However, today, it is not only the uber class but also the great Indian middle class that is a rising clientele,” said lead researcher Sunil Choudhary, director, aesthetic and reconstructive surgery, Max Super Speciality Hospital, Saket.

“The survey revealed that 53 percent of the people view cosmetic surgery as an investment. This is a definite proof that people are now looking at plastic surgery as a valid scientific means of improving appearance,” Choudhary noted in an official statement.

The survey results released on Wednesday showed that over 50 percent of the residents surveyed agreed that there has been a shift in the attitude of Indians towards plastic surgery and that the youth between the ages 25-30 are the biggest advocate of cosmetic plastic surgery as a measure to enhance appearance.

“The rise in demand is seen most in the 25-30 years age group in my practice,” Choudhary pointed out.

“This is perhaps due to their contemporary modern outlook, financial independence and an increasing desire to look their best,” Choudhary explained.