NASHUA, NH—New Hampshire marks the first in the nation primary this election season. As the momentum for the presidential election builds up, New Hampshire State Rep. Latha Mangipudi hosted Hilary Clinton confident Neera Tanden and members of the Indian community.

About 60 people attended event that was held at Mangipudi’s home in Nashua, NH. Tanden was the special guest at a Hillary for New Hampshire House Party on Friday, Dec. 18.

Tanden helped the 2008 Hillary Rodham Clinton campaign shape its policy proposals, and worked on President Bill Clinton’s for new energy policies, health-care reforms, as well as her plan to end the Iraq War.

Tanden was born in Massachusetts to immigrant parents from India. She graduated from UCLA and received her degree from Yale Law School. After graduating from Yale Law School, Tanden has worked on domestic policy both on Capitol Hill and in think tanks. She was the domestic policy director for Barack Obama’s campaign.
Tanden has been listed on numerous Washington DC Power Lists. 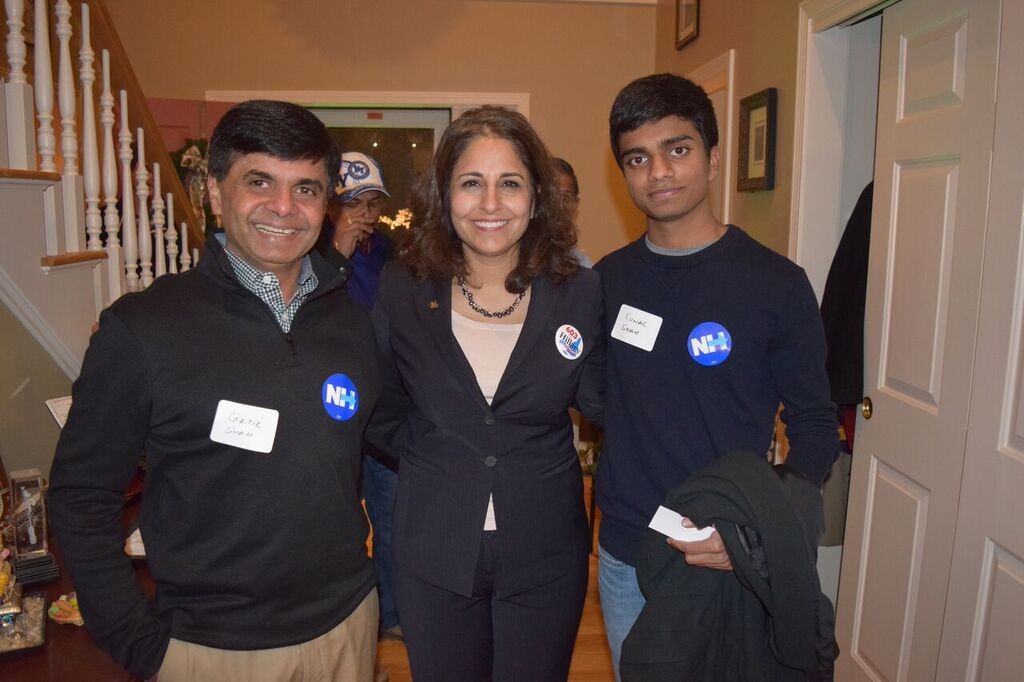