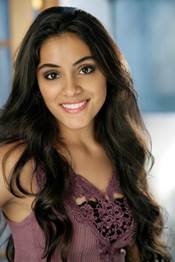 NEW YORK–If you are in New York this Saturday, you may want to see twin sisters Sara and Riya Kapoor perform their Rangapravesh at Jazz at Lincoln Center (Saturday, December 12, 2015.) The girls have been preparing for this event two hours every day for the past 12 ½ years with their Guru Swati Bhise. 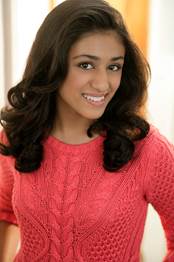 In the ceremony entitled “Night of Moves,” the girls will perform using the traditional Bharatantayam dance form and will be accompanied by a Carnatic Orchestra, a classical South Indian Musical genre, and a New York Jazz Quartet. Their performance will mark the first time this ancient tradition will be done in its current format and choreography.

In their Rangapravesh, 15-year-old artists Riya and Sara Kapoor will share what is the culmination of over 10 years of intensive dance training and mastery of the Bharatanatyam dance form. According to their Guru Swati Bhise, the over 2,000-year-old dance form requires mastery of dance, music, theater, mime, iconography, geometry and mathematics. When combined the audience is presented with a beautiful display of a dance and acting performance that invokes varied emotions over the course of the two-hour, ten part recital.

Bhise, a protégé of Sonal Mansingh, India’s pre-eminent practitioner of the Pandanallur style which emphasizes geometric movements of the Bharatantayam form, has previously announced that “A Night of Moves” will be her final student presentation. At her students’ request, and staying true to the Carnatic and Bharatanatyam traditions she has melded jazz into the usually classical program.

For the girls, it was important to take this dance outside of their traditional school of thought. For them, it was important to incorporate jazz music as it acts as a reflection of their New York identity and they wanted to generate more cross-cultural appeal. Both girls are students at The Trinity School in New York, and Riya is a student at the acclaimed Alvin Ailey School of Dance.

World renowned jazz producer George Wein will attend the Rangapravesh ceremony as the guest of honor, and to bless the girls on their debut. The girls have chosen to incorporate his music as a salute to his countless contributions to music and the performing arts. Eager to share their groundbreaking performance with fellow budding artists Riya and Sara have invited students and faculty from several schools throughout Manhattan to attend.

Immediately following Riya and Sara’s performance, there will be a dinner with the theme of a traditional Indian street market held at Jazz at Lincoln Center followed by an after party in Parkview Lounge starting at 10:00 PM.

‘The Simpsons’ creator Matt Groening on Apu: I’m proud of him