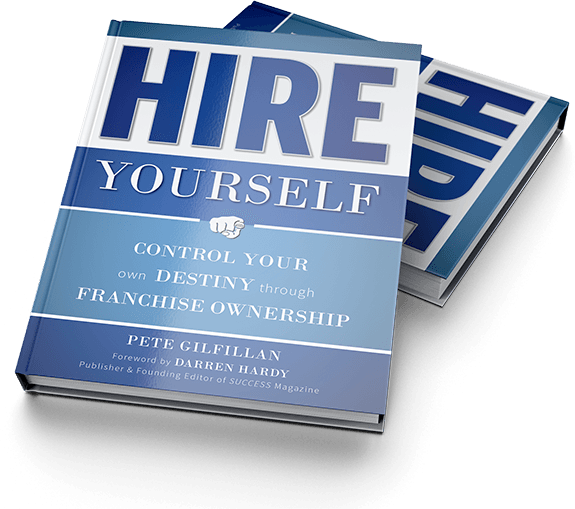 Job searches can be frustrating and deflating for the unemployed or for anyone seeking new career opportunities. A trail of online job applications often leads to nowhere. Daily checks on job sites sometimes prove fruitless. 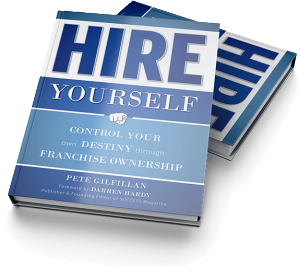 When no one else is hiring, it could be time to consider hiring yourself. One often-overlooked option for doing that is franchise ownership, an area that has been experiencing tremendous growth since 2012.

“A lot of people get caught up in the mindset that traditional employment is the only career option available to them,” says Pete Gilfillan, a franchise consultant and author of the best-selling book “HIRE YOURSELF: Control Your Own Destiny through Franchise Ownership”.

“But the old career model is running off the rails for a lot of people. Some of them think about starting their own businesses, but the risks and logistics involved of going into business alone can seem overwhelming. That’s why franchise ownership is so appealing. You operate your own business, but someone else has already come up with a winning concept, figured out how to make it work, and laid a lot of the groundwork.

He says there are still risks, but not nearly as great as those of trying to launch a new business that doesn’t have the name and track record behind it that a franchise does.

In 2014, there were 770,000 franchised establishments in the United States, according to the International Franchise Association, and that number was projected to grow to 782,000 by the end of 2015.

Many of the most familiar franchises are fast-food restaurants, such as McDonald’s, Taco Bell and KFC. But franchises exist in nearly every industry imaginable, such as fitness centers, dry cleaners, tutoring services, hotels, furniture stores, florists and tire dealers.

“A lot of people will ask me what the next ‘big thing’ is going to be in franchising,” Gilfillan says, “but I don’t recommend just trying to latch on to what’s trending I advise them to consider what’s important to them, what their skills are, and how they want to spend their working days. Think about those things before you get around to worrying about what’s hot.”

Gilfillan offers these suggestions to help you explore whether a franchise is right for you:

• Get past your fears. Even the most qualified and knowledgeable people can experience fear and anxiety when they consider taking the franchise plunge, Gilfillan says. To counter that fear, he suggests identifying your motivation for considering a franchise, because the “why” behind your quest will help you get through the tough moments. Also, do your homework; understanding the actual risks and potential benefits of any investment in your future is an excellent way to allay unreasonable fears.

• Include your family. One of the biggest mistakes you can make when considering a franchise investment is leaving your family out of the process, Gilfillan says. Their daily lives will be impacted and they deserve to be involved in the decision-making process.

• Do a self-assessment. You need to decide whether you’re suited for business ownership, Gilfillan says. He cites 4 key preliminary questions to consider as you decide:

1: Do you have the capital available to invest in a business, whether cash or assets you can easily convert to cash?

2: Do you have proven leadership ability and savvy hiring skills?

3: Are you the kind of cooperative team player who can embrace the plan the franchisor has for your business?

4: Do you have the desire and passion to create a superior experience for customers?

“So many people out there could be valuable contributors to our economy, but they’ve been laid off, forced to retire prematurely, or had their careers derailed in some other way,” Gilfillan says. “For some, sending out resumes is the only way they know to find work. It’s just the way they always managed their careers. But franchises are an alternative path to professional success and fulfillment many people miss out on simply because they never consider them.”