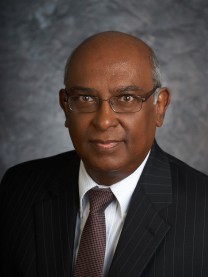 WASHINGTON–With an average annual outflow of $51.03 billion, India is the fourth biggest exporter of illicit capital over a decade with such financial flows surging to $1.1 trillion in 2013, according to a new report.

China, with $139.23 billion average annually ($1.39 trillion cumulative), was the biggest exporter of illicit financial flows from developing and emerging economies, according to a study released Wednesday by Global Financial Integrity (GFI), a Washington-based research and advisory organization.

Authored by GFI Chief Economist Dev Kar and GFI Junior Economist Joseph Spanjers, the report pegs cumulative illicit outflows from developing economies at $7.8 trillion between 2004 and 2013, the last year for which data are available.

Titled “Illicit Financial Flows from Developing Countries: 2004-2013” the study reveals that illicit financial flows first surpassed $1 trillion in 2011, and have grown to $1.1 trillion in 2013.

This marks a dramatic increase from 2004, when illicit outflows totaled just $465.3 billion.

“This study clearly demonstrates that illicit financial flows are the most damaging economic problem faced by the world’s developing and emerging economies,” said GFI President Raymond Baker, a longtime authority on financial crime.

“This year at the UN, the mantra of ‘trillions not billions’ was continuously used to indicate the amount of funds needed to reach the Sustainable Development Goals. Significantly curtailing illicit flows is central to that effort.”

In seven of the 10 years studied, global IFFs outpaced the total value of all foreign aid and foreign direct investment flowing into poor nations.

The IFF growth rate from 2004-2013 was 8.6 percent in Asia and 7 percent in Developing Europe as well as in the MENA and Asia-Pacific regions, the report found.

The report recommends that world leaders focus on curbing opacity in the global financial system, which facilitates these outflows.

Specifically, GFI suggested that governments establish public registries of verified beneficial ownership information on all legal entities, and all banks should know the true beneficial owner(s) of any account opened in their financial institution.

Government authorities should adopt and fully implement all of the Financial Action Task Force’s (FATF) anti-money laundering recommendations; laws already in place should be strongly enforced.

All countries should actively participate in the worldwide movement towards the automatic exchange of tax information as endorsed by the OECD and the G20, the report suggested.