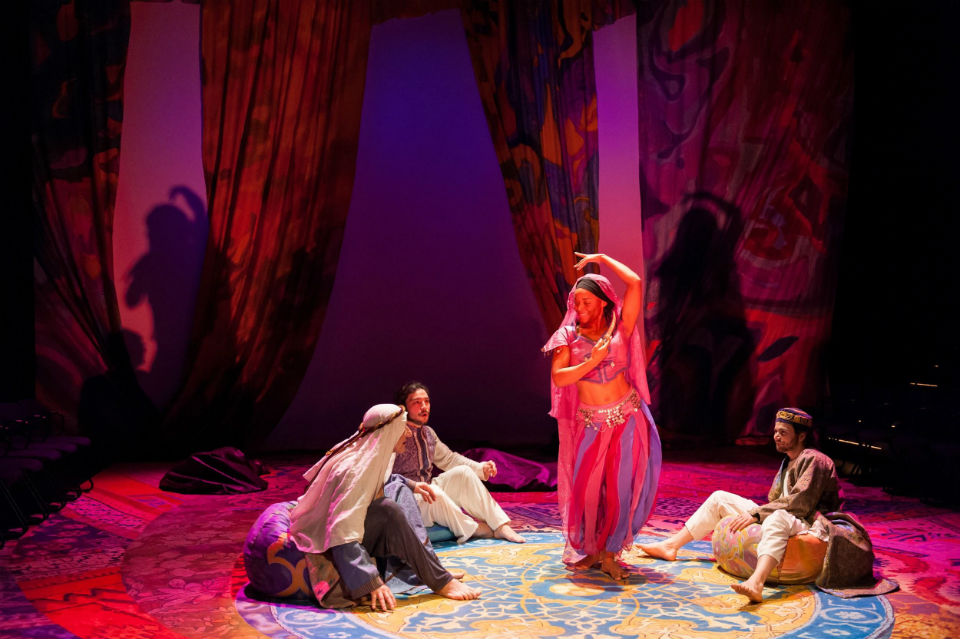 CAMBRIDGE, MA–The dramatized retelling of One Thousand and One Nights in the Arabian Nights adaptation by Dominic Cooke is produced at Central Square Theater for the fifth and final holiday season in a row. 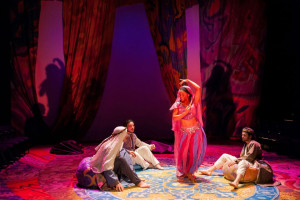 Known as CST’s Nutcracker, Arabian Nights transports audiences East with puppetry, song, and dance. The piece has Indo-Persian roots, particularly in the frame story structure that was a popular device in Indian literature when One Thousand and One Nights found fame.

Queen Shahrazad, the storyteller in Arabian Nights’ frame tale, weaves folklore that is believed to be inspired from various ages of Indian literature, from ancient Sanskrit fables to the Jakta tales. These stories, along with the others from the Far and Middle East travelled along caravan routes westward, combining to form the narrative so many cultures cherish today.

Arabian Nights performs at Central Square Theater from November 27, 2015 to January 3rd, 2016 and features several events, listed below. This play is appropriate for all ages, so bring your whole family! Purchase tickets and find out more information here.