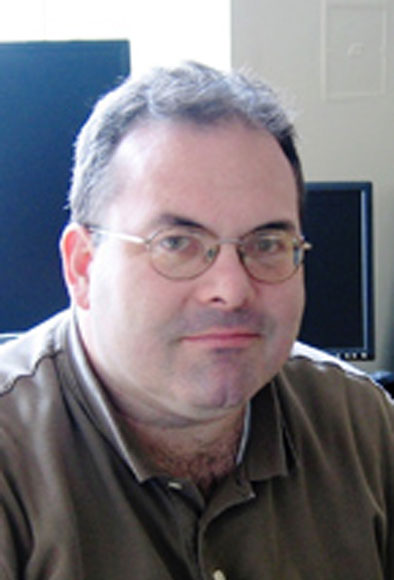 CAMBRIDGE, MA – For many entrepreneurs, there are two options when it comes to strategy: self-commercialization or a partnership/licensing approach. However, MIT Sloan Prof. Matt Marx suggests a new way to look at strategy that involves a “switchback” approach. Rather than viewing strategy as a single static decision, he says that entrepreneurs may be better able to achieve their ideal strategy by switching from one to the other at different points in time.

“Many startups seek to compete directly in the product market, but lack the assets necessary to do so effectively, and others want to work with partners in bringing their product to market, but find obstacles to a cooperative approach,” says Marx. “It turns out that the best strategy choice may be less straightforward than we thought — and involve sequencing the two approaches.”

“Similarly, we suggest that entrepreneurs aspiring to a particular commercialization strategy but facing obstacles to implementing their ideal strategy may construct a ‘strategic switchback.’ In this approach, they initially pursue a non-ideal strategy – but only on a temporary basis – in order to eventually enable their ideal strategy,” writes Marx in a paper he coauthored on this topic.

He emphasizes that switchbacks are different from the popular notion of “pivoting,” where a startup tries multiple approaches in a trial-and-error fashion. With a switchback, the startup changes strategies not because the initial one has failed, but rather because its success has enabled the startup to move to its originally-preferred strategy.

He points to the startup FINsix, which was founded by MIT graduate students, as an example of a startup using a switchback approach. He says that the lightweight, “brickless” laptop charger developed by FINsix seemed ideally suited for a partnering strategy with laptop manufacturers, but the startup lacked bargaining power to negotiate with larger companies. The lack of patents presented additional risk to the startup with a partnership approach. So the company first pursued a self-commercialization strategy, manufacturing the charger itself and may later switch to a cooperative strategy once it has built a reputation.

Another example, notes Marx, is the startup Genentech. Cofounded by MIT Sloan alumnus Robert Swanson, it began with a cooperative licensing approach and later switched to self-commercialization after it gained the complementary assets needed to become an integrated drug company.

He points out that there are several key factors startups should think about when considering a switchback approach. For those that want to be a product company, they first need to ask if it is hard to self-commercialize their technology. This may be the case if, for instance, there are complementary assets that will be needed, such as platform technologies or expertise/assets in distribution or regulatory approval. If the answer is yes, then they may need to pursue a partnership approach in the initial stage.

For those that plan to start out partnering or licensing, they should think about whether they have enough bargaining power to get an attractive agreement. If so, Marx says they need to consider what happens down the road when they get to the point where they want to switch back to a self-commercialization strategy. “If they become a competitor, will they alienate their former partner? Is there a chance that they’ve shared so much about their product with that partner that it would be difficult to separate in the future? If those issues can be managed, then the startup may be able to successfully execute a switchback.”

In the alternative, the startup may hope for a cooperative approach in the long term yet obstacles such as lack of credibility and bargaining power – or the presence of competitors — get in the way. He observes that a key question for companies in this position, who are forced to initially pursue self-commercialization, is whether it will be too costly to later switch to a partnership or licensing strategy. Will the company have invested too much in product development and sales? “There will be instances when a switchback won’t be feasible,” he cautions.

Marx adds, “Strategy shouldn’t be a considered an ‘either/or’ proposition. There is no single strategy plan that guarantees success. Instead of seeing these challenges as unchangeable obstacles that determine a permanent strategy, entrepreneurs should take actions that can change those external constraints and enable the ideal strategy in the future. The switchback approach is less direct, but it may provide the best chance for long-term success.”

US dollar retreats on global flight for safe haven