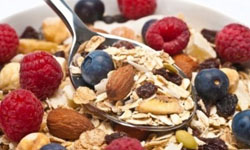 Is veganism the future of food in a post-Covid-19 era?

Popular seafood species in sharp decline around the world: Study